The Ministers' Table Becomes a Pulpit

In the early church era (1850-1870’s) there was a long table at the front of the sanctuary behind which several volunteer ministers sat who were to speak at that worship service. The deacons sat on a long bench facing the ministers would sometimes open the service by reading a scripture, about which a number of ministers in turn would then speak. The ministers spoke, some in German and some in English, as they felt called by the Holy Spirit, usually beginning with the oldest one present and taking turns Frequently the choice was made by drawing lots in the ministers’ meeting, which took place while the people were singing, before the speaking service started. Sometimes the service became quite lengthy. (MG, 1960, page 11: MG, 1985, page 1-2) On the table was placed a pitcher and a glass (to be used by the speakers) and behind was the ministers’ bench. At some point the long deacon’s bench was changed to shorter benches in the right section of seats facing the pulpit on the men’s side. Later deacons seldom read scripture because the ministers did it along with their speaking. At this time all were seated in benches on the floor with no platform to show that no one was above or greater than the others. They were all to be treated as equals.

Then about 1877, the old minister’s table was made into a pulpit for the ministers who were speaking to use. The older members will remember the long table behind which the ministers would sit. As was related by Reverend Charles Helm, who was present when the long table was used and when the new pulpit was introduced, this change came about in one week. The pulpit was made from the wood that was in the original long table. Many brethren at the Sunday morning worship service at which the pulpit was first used, were not in accord with the change. A dear brother, who had the church’s good at heart, knowing this change would be accepted slowly, arose and stated, “Brethren, I know some of you may not approve of this change, but the wood in the pulpit is the same as was in the table. The form of the object has been changed. I see no reason why we, as Christians, can’t use it to the glory of God as we did the table.” (MG,1960, page 11) That pulpit is still in the church today in the gathering room; it had to be raised with an extension under the top section when Rev. Reinke was pastor because of his height. That was later removed for shorter pastors. Now it is used for our guest book and is still an item of usefulness and has a place of honor in our church. today at about the same age as the church body (about1850-60).

C. Frazer, who had a clothing store in Ashland, gave three lovely chairs to the church in 1893. They sat behind the pulpit on the rostrum. We do not know when the rostrum (platform) was added. 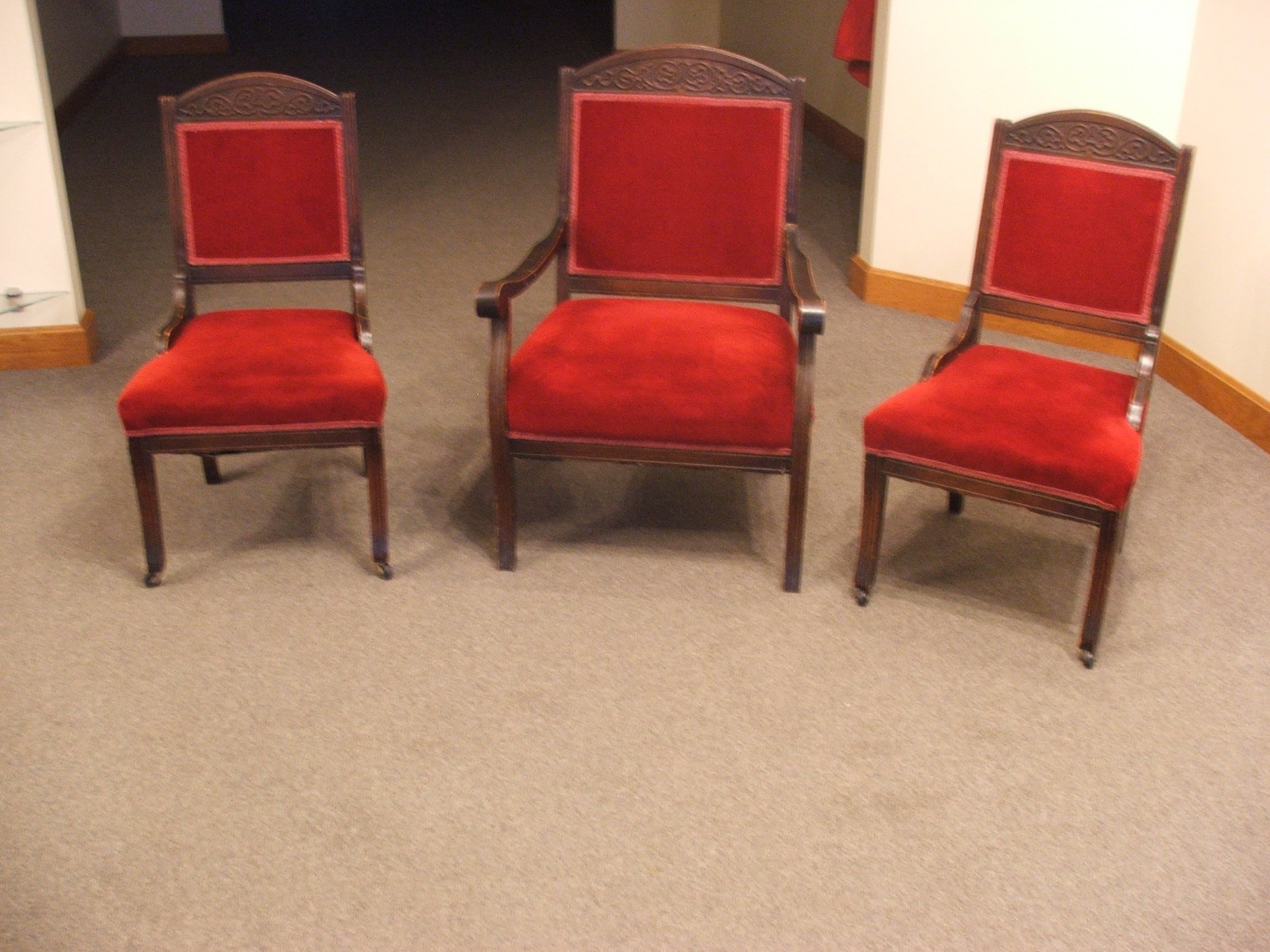 We also have a few of the pews in the gathering room that were used in the old sanctuary probably from the earliest days. They are straight backed and short on the “sitting” length. Many children curled up on the bare wood floor under the pews for a nap during the sometimes lengthy sermons. 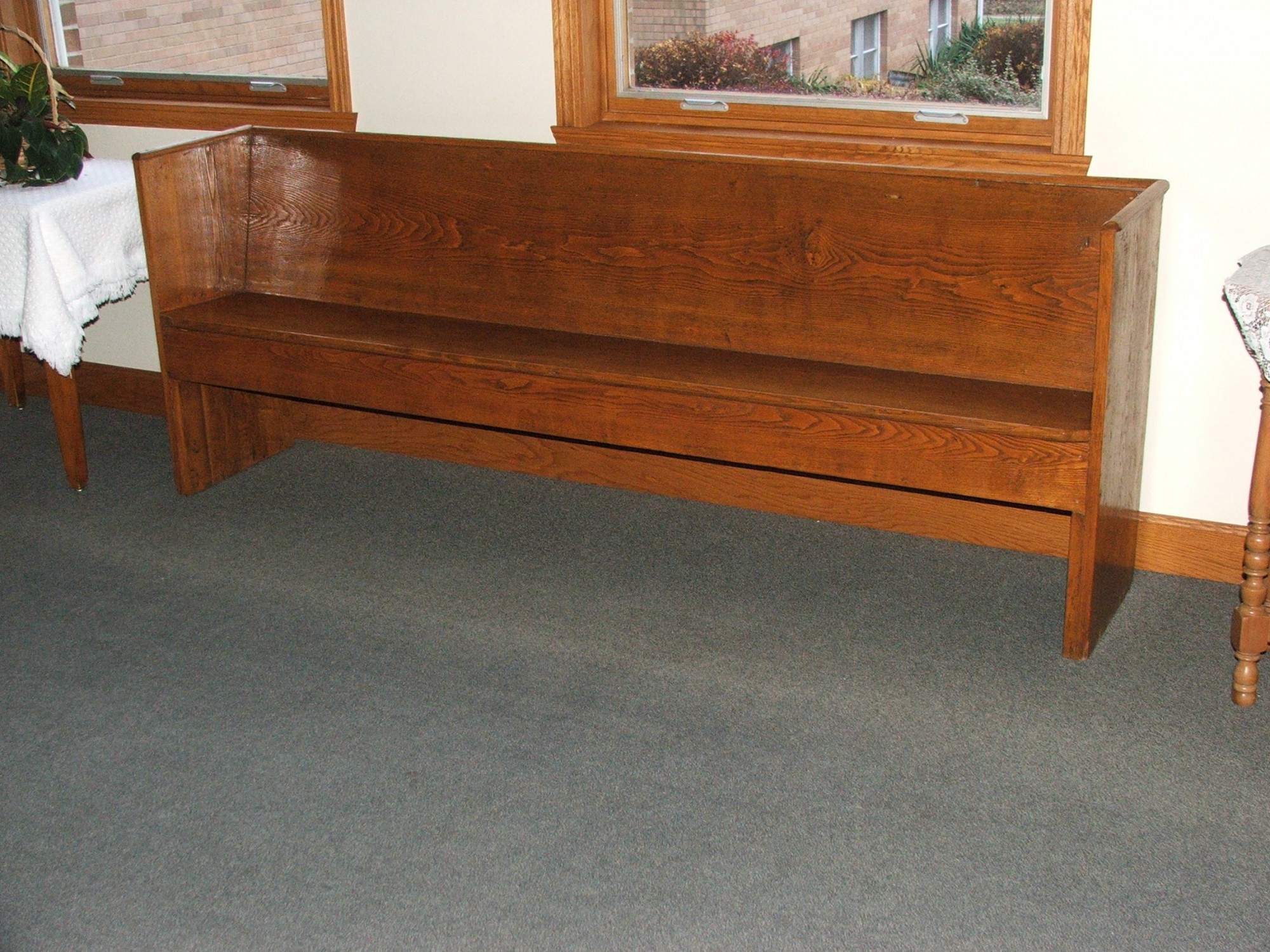