Interesting Facts about the Re-Building Project

1.-that before the “old” building was razed, church people worked to
remove cement blocks, sandstones, wiring, plumbing, heating ducts,
windows, doors, etc. for recycling to reduce and reuse our imprint on
God’s planet, Earth?  This is called being good stewards.
2.-that the steps on the hill to the upper parking area are the same
steps we sat on to visit and for Vacation Bible School pictures when
entering the old church to go into the old sanctuary - which then
became the office and classroom area? Reuse, reduce, recycle!
3.-that the sandstones used for the sign in front of church are the same
sandstones that were in the “old” vestibule area and were removed
for reuse? 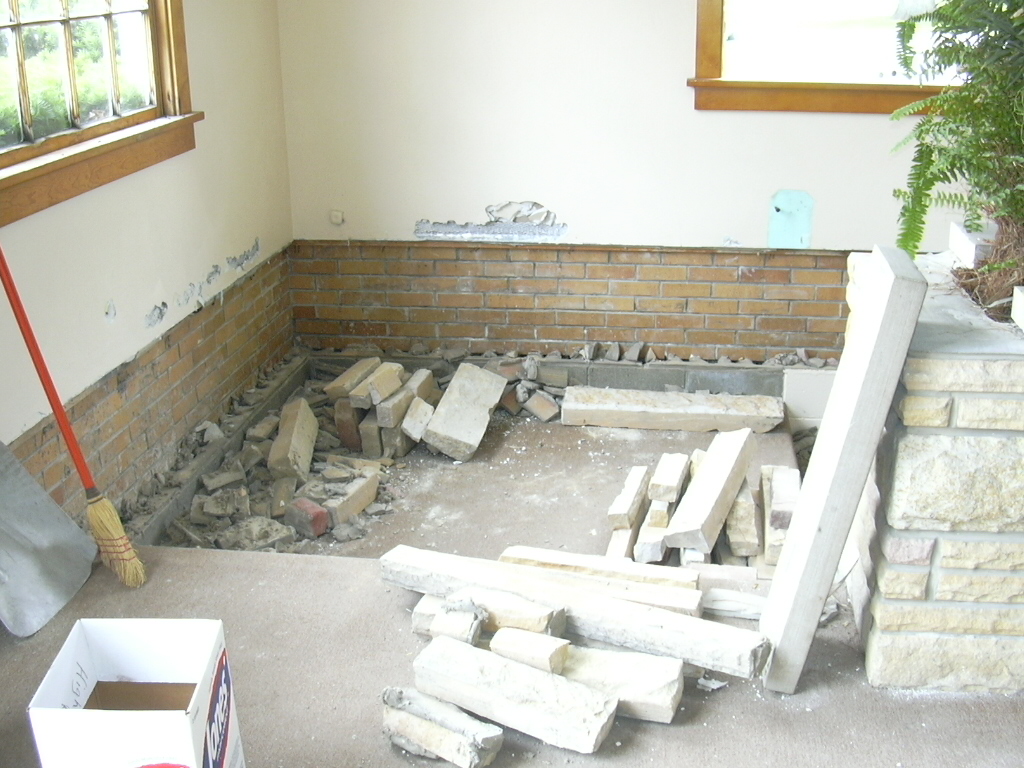 4.-that the baseboards in the new fellowship hall, classrooms, hallways
and office areas are from 200-year-old (?) white oak trees that needed
to be cut down before the new part was built?  The logs were taken to
a sawmill to be cut into boards which were air-dried, then kiln dried,
then planed and shaped to be baseboards.
5.-that the windows “up high” in the fellowship hall to the east and above
the entrance doors were removed from the old building before it was
razed?  and that the “Pella” ones in the classrooms were from Nankin
(Mapleton) school?  They were removed and reused. 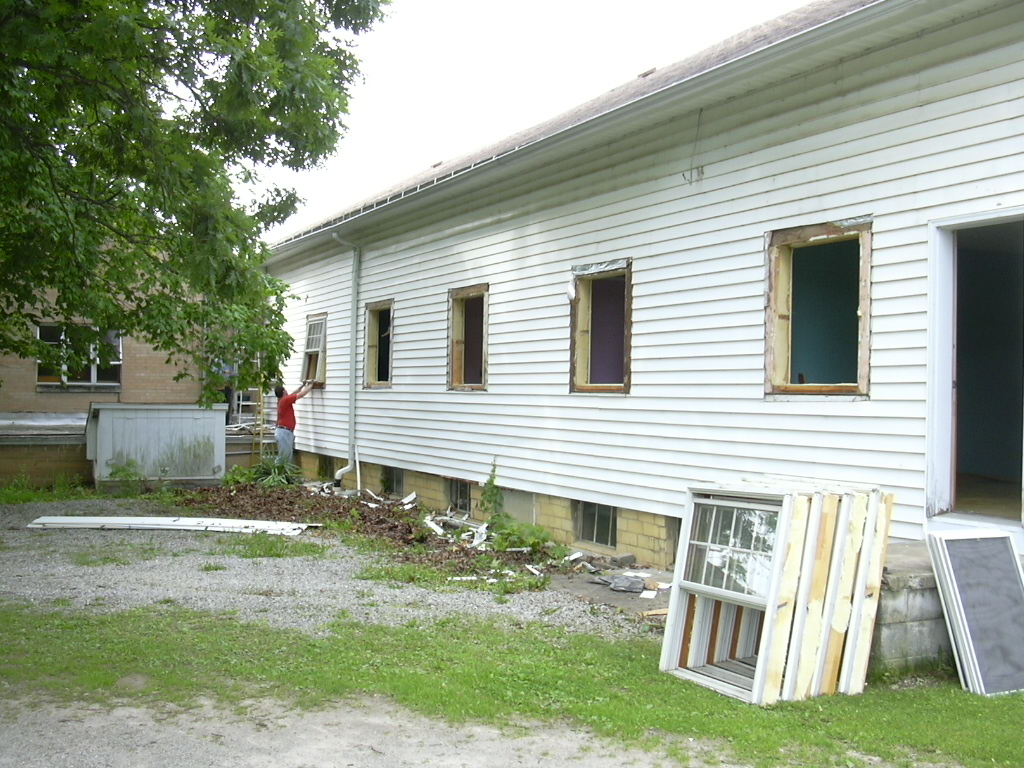 6.-that the stainless steel sinks, work-table tops and pot racks came
from the Mapleton school building auctions at Polk and Ruggles-
Troy?  We recycled them for use in the kitchen.  We also have
office furniture from those auctions.
7.-that many plants, bulbs, rhizomes, and flowers were dug and moved to
a “storage garden” until they could be moved to new homes around
our buildings?  Some survived; some did not; some are in the
memorial garden area.
8.-that the desk in the pastor’s study is made by an Amish man from a
walnut tree that needed to be removed before building was built?
9.-that four stained glass panels hanging in the “gathering room” were
purchased from among the donations made to the Peace Auction held
at Northern Ohio District meeting yearly to support that program. They
represent some of our beliefs:  1. peace dove (Holy Spirit), 2. Brethren
Service cup (serving others), 3. basin and towel (footwashing-service),
Lautzenhiser from Dover/Sugarcreek church area.  Some of the glass
came from a Mennonite church in area when it was demolished.
10.-that a drawing of the Maple Grove Church of the Brethren from
before the re-building project was commissioned to be made by
Linda McFarlin from Pine Manor Gallery, Ashland, Ohio to hang on
the wall as a reminder that much of what was in the old is still there
after the rebuilding project.  Not only did we keep parts of the old
building, but the people, who are the spirit of God’s church still dwell
there.
11.-that the Women’s Work (CBWF) purchased the kitchen cupboards,
new refrigerators, freezer, stove and stove hood, ice cube maker, and
shelving in the storage rooms as well as a used food warmer and new
dishwasher.  New tables and chairs were purchased.  We had the
convection oven moved up to the new kitchen as well as the pots,
pans, dishes, and supplies needed from the old basement kitchen.
12.-that many of the old tables, desks, chairs, and shelving are still being
used at Maple Grove for various purposes, especially in classrooms
and for love feast and communion.
13.-that God’s people were faithful and within a short time the loan was
paid off.  That was a celebration!  Burning of the papers for the loan!

Do you know……that we have good reason to sing: “Praise God from whom all blessings flow.  Praise Him all creatures here below. Praise Him above ye heavenly host.  Praise Father, Son and Holy Ghost.  Amen.”

Copyright © 2021 Maple Grove Church Of The Brethren, All rights reserved.